In 1959, CCA instituted an award as a memorial to H.E. Klinefelter, a charter member of the organization. It is given to cooperative communicator members whose work is considered by their peers to be outstanding.

CCA would like to congratulate Terry Mullen, the 2022 Klinefelter Award Recipient.

Terry is the Manager of Marketing and Communications at West Florida Electric Cooperative (WFEC) in Graceville, Fla. He has held several titles in his 35 years in the communications field – working in the areas of communications, public relations, marketing and energy services, but has extensive knowledge of the electric utility industry.

Since becoming a CCA member in 2004, Terry has shown deft leadership in chairing both an Institute and a Professional Development Workshop planning committee and has led several successful Institute sponsorship committees. He has also served in other roles through the years, always encouraging other cooperative communicators to join CCA to experience its myriad advantages.

Here’s what others had to say:

“Not only does Terry make everyone feel like they are a part of his circle, but he’s also willing to share the knowledge accumulated over his 40 years in the electric cooperative world. I feel Terry truly represents the cooperative spirit, has produced outstanding work over a long career, and exemplifies what we want CCA members to be,” wrote Chellie Phillips, of Coweta-Fayette EMC.

His WFEC colleague, Candace Croft, said, “He is an outstanding communications professional, colleague and mentor. Terry is committed to perfection and dedicates countless hours to ensure everything is up to his high standards. He leads by example and has kept his cool under extremely stressful conditions and circumstances – facing each of the challenges head on and tackling them one by one.”

“Throughout his 35 years with his cooperative, Terry has faced challenges that would have been a breaking point for many others in his shoes. However, anyone who knows him knows that Terry’s made a bit differently. His unwavering dedication to his team, family and faith is the driving force behind the unparalleled loyalty to his cooperative and has served as the backbone of an exemplary career,” wrote Mark Ingram, of Baldwin EMC. 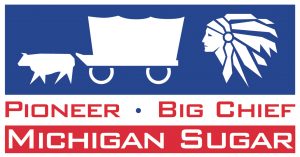